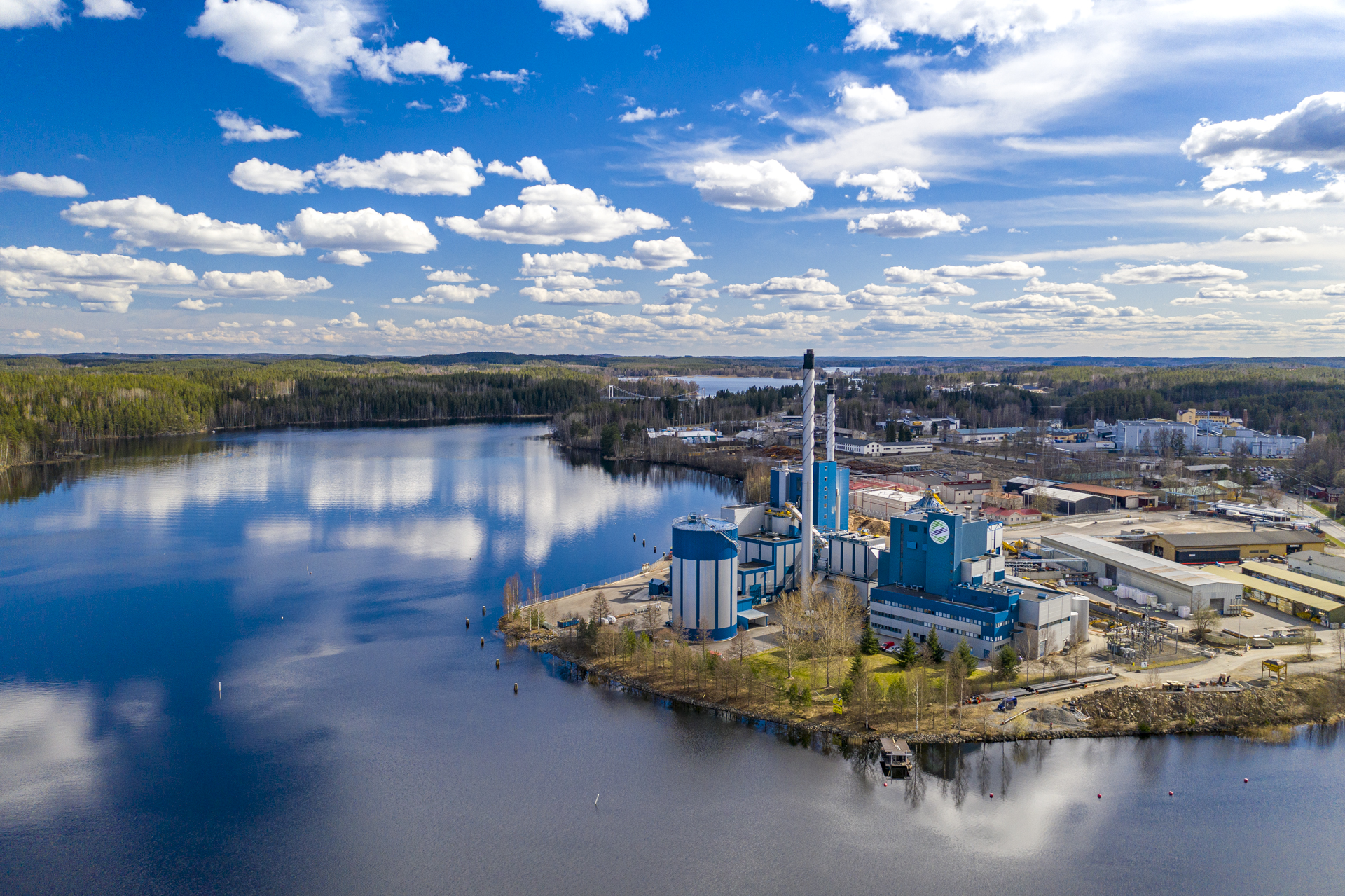 Nordic Ren-Gas develops Power-to-Gas facility to Mikkeli . The target is to build Power-to-Gas plant, which produces renewable synthetic methane, green hydrogen, and district heating from the excess heat of the process. The Mikkeli plant is a part of country wide power-to-gas fuel production and distribution network for heavy road transportation. The planned location of the plant is next to the Pursiala power plant, which enables efficient CO2 delivery and district heating integration.

The project is developed in a close co-operation with Etelä-Savon Energia. According to the preliminary schedule, the building of the first phase would take place in 2023-2026.

The production of the renewable synthetic methane, green hydrogen and district heating produced from the process waste heat, is based on carbon neutral fuel cycle. The technology packages of the plant consist of hydrogen production, carbon dioxide capture from the flue gases, methane production, methane handling and liquefaction, and heat production with full integration.

Ren-Gas´s objective is to build production network in Finland by 2030 that will deliver 20% of the fuel needed by the heavy road transportation sector and 8% of the Finnish district heating needs. This means that the Ren-Gas portfolio will replace over 240 million liters of fossil diesel usage in the heavy road transportation market, and 2.5 TWh of district heating produced by burning. In total, the Ren-Gas´ projects will reduce the CO2-emissions over 1.5 million tons per annum.

To meet this objective, Ren-Gas develops a production site portfolio of 300 MW methane output, from which the 20 MW Mikkeli plant forms a central part. The Ren-Gas portfolio enables significant investments in new wind power, as Ren-Gas will contract renewable energy from the new wind parks to its production facilities. In addition, the 600 MW electrolyser capacity that can react fast to changes in the electricity system, will enhance the flexibility of the Finnish electricity system and, consequently accelerates new renewable energy production in Finland.

Nordic Ren-Gas Oy is a Finnish power-to-gas developer accelerating the cost-effective decarbonisation of the traffic and energy sector by developing a sector coupled clean power-to-gas production network in Finland. The renewable fuels produced by Ren-Gas will cut the use of fossil-based diesel fuel in the heavy duty traffic by some 250 million litres a year, which represents approximately a fifth of the fuel consumption of heavy duty traffic. The renewable power-to-gas fuel will reduce carbon dioxide emission in the transport and energy sectors by more than a million tonnes per annum. Ren-Gas’s energy source for its power-to-gas fuels is new Finnish wind power.