Feasibility study for a 100 million euro green hydrogen and domestic, renewable gas investment starts in the City of Kotka

Kotkan Energia Oy and Nordic Ren-Gas Oy have signed a co-operation agreement regarding the feasibility study of a Power- to-Gas facility producing both renewable methane and green hydrogen.  The energy facility planned to be constructed in the city of Kotka has a planned electrolyser output of 40 MW. With total investment cost of 100 M€, the planned project is a significant investment in the hydrogen economy.

The Power-to-Gas is planned to be located at Hyötyvoimalaitos, a waste-to-energy plant by Kotkan Energia. The plant would increase production capacity of renewable, domestic fuels in Finland significantly. The planned Power – to –  Gas facility will produce synthetic methane to replace approximately 16 million litres of fossil fuel in the heavy transportation sector. The fuel amount corresponds to the annual fuel consumption of 600 heavy transportation trucks in Finland.

Power-to-Gas facility in Kotka would form an important part of Ren-Gas decentralized, clean gas production network, and bring a new, significant source of gas production along the Finnish gas pipeline network. The purpose of the study is to confirm the technical and commercial feasibility of the project before detailed planning and the final investment decision is made. The signed cooperation agreement is a continuation of the preliminary study of the project carried out by the parties in the winter of 2022.

Power-to-gas process consumes carbon dioxide, water, and electricity in production of renewable gas fuels. In Kotka, carbon dioxide is recovered from Hyötyvoimalaitos, an existing power plant by Kotkan Energia, and the renewable electricity is purchased under long term contracts from new, Finnish wind parks. The produced gas fuel is liquified and can be utilised in heavy trucks similarly to biogas.

Project development company Nordic Ren-Gas Oy leads the feasibility study, which will start immediately in April 2022. The permitting, technical pre-engineering and financing arrangements for the project will start once the feasibility study is ready and its results are positive. The construction of the project can begin during 2024 and be completed by the end of 2026. 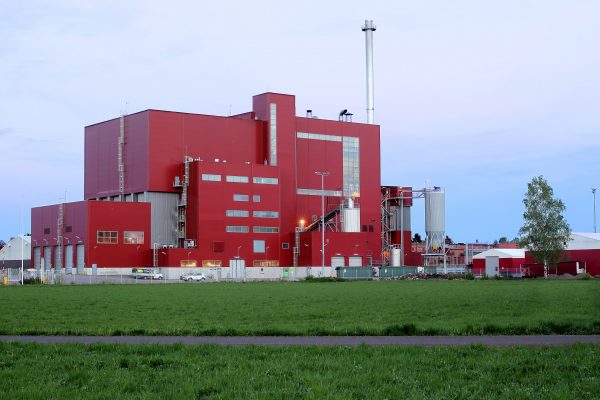