Tampereen Sähkölaitos Oy and Nordic Ren-Gas Oy have signed a cooperation agreement regarding the feasibility study of the Power-to-Gas plant which is planned to produce renewable power-to-gas methane and green hydrogen in the Tarastenjärvi power plant area.

As a result of the planned project, the carbon dioxide emissions of district heating in Tampere are again significantly reduced as the emissions from mixed waste incineration can be utilised in the production of renewable power-to-gas methane. Ren-Gas is developing a production plant in the Tarastenjärvi area, in which, the raw materials for the power-to-gas process are carbon dioxide, water and renewable electricity. The output of the production process is clean gas fuel for the heavy road transport sector. At the same time, Tampereen Sähkölaitos Oy can use the waste heat from the power-to-gas plant to its district heating network, whereby the amount of co2- free district heat in the network is increased. Renewable power-to-gas methane can be used in transport in the same way as biogas.

When implemented, the Tarastenjärvi project will be a significant investment in the hydrogen economy in Finland. The plant has an electrolysis capacity of more than 60 MW and the total investment is worth more than EUR 150 million. The Power-to-Gas plant at Tarastenjärvi would repllace a quantity of clean gas fuels equalling 24 million litres of fossil diesel in heavy road transport. This amount of gas fuel is satisfying the annual fuel usage in about 900 heavy-duty vehicles.

The feasibility study ensures the technical and commercial feasibility of the Power-to-Gas plant before the final investment decision is taken. When implemented, the production facility will create a significant logistical hub in Ren-Gas’s clean gas fuel production network and contribute to the achievement of Tampere Sähkölaitos Oy’s carbon neutrality target. The signed cooperation agreement is a continuation of the preliminary study of the project carried out by the companies in the autumn of 2021.

In Tampere, the carbon dioxide is recovered from the flue gases produced at the Tammervoima utility power plant, and the renewable electricity is acquired through long-term contracts with new wind power plants. Tammervoima is a so called base load plant that runs throughout the year and it is therefore an excellent source of carbon dioxide for Ren-Gas.

Tampere Sähkölaitos group benefits from the plant both in terms of reduced CO2 emissions and by an increase in the share of renewable district heat. The company have access to significant amounts of carbon dioxide free district heating produced by the reuse of waste heat, which will reduce district heat production based on burning in Tampere.

The project development company Nordic Ren-Gas Oy will lead the work on the feasibility study which will commence immediately in February 2022. The permitting, pre-engineering and financing arrangements for the project will take place when the results of the feasibility study are ready, and its results are positive. The construction of the plant is planned to begin in 2023 and to be completed by the end of 2028.

Read more about our projects: 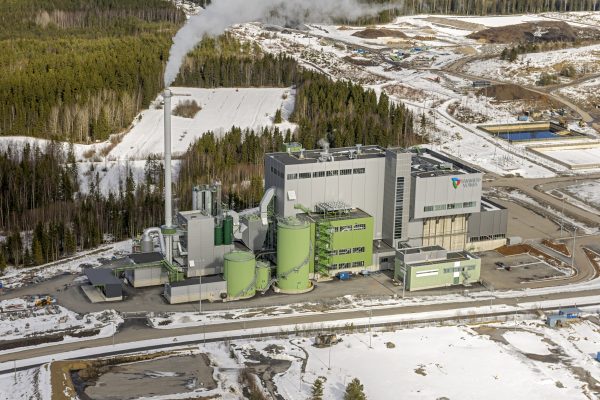